MF kit excels in and around the New Forest 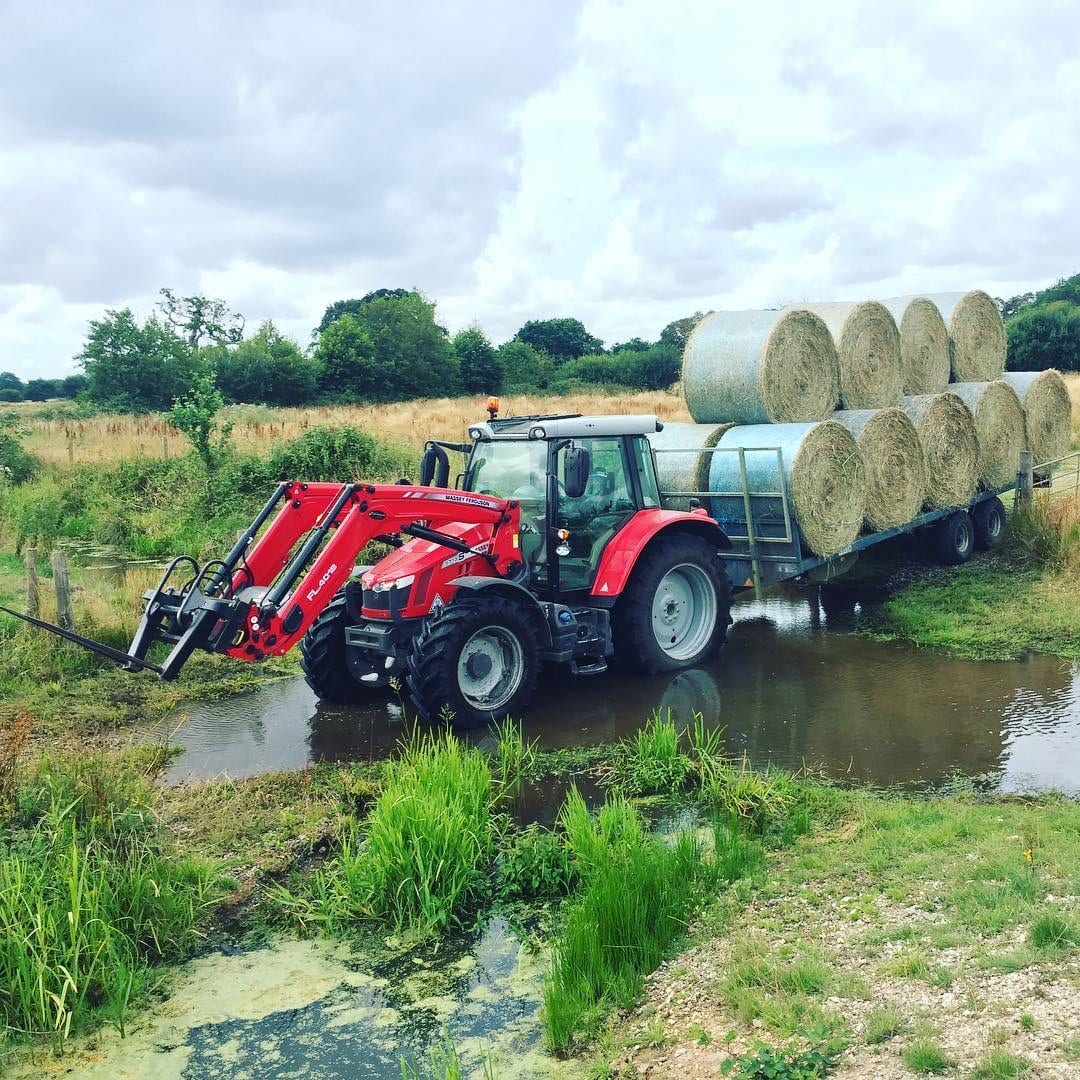 A fair proportion of the work involves the grassland cycle, from mowing and raking to baling and wrapping on around 1200 acres, after which he and his two staff members move over to fencing during the winter months.

From Kennel Farm, Sandford, near Ringwood, the business also carries out a range of arable tasks – on around 2800 acres – for a neighbouring estate. Soils generally are dominated by sands and gravel, with boggy pockets.

In the spring of 2019, Tom took the view that some of his key items of machinery needed to be replaced. First on the list of new investments was a Massey Ferguson 5713 S 135hp, Dyna-4 tractor, specified with air brakes and LGP tyres. “It’s done 1500 hours already,” Tom reports, “and it’s absolutely the best thing I’ve bought in years,” adding that it’s now come to be referred to as ‘the Mighty Massey.’

The next purchase to arrive at Kennel Farm was a MF RB 4160V variable round baler, which, after turning out more than 7000 high density bales last summer, has also earned an enthusiastic seal of approval. “We’ve achieved at least 30 per cent greater bale density than we did before, including hay, straw, haylage and silage,” Tom reports.

“It really did handle everything we put it at – including where the job of rowing up had been done using heavy horses! Having the ability to adjust the settings, especially the net, really produces an excellent result, and the feedback from customers has been very positive – particularly when it comes to the greater bale density.”

And the rake hasn’t failed to please, either. “We did more than 2000 acres with our new MF RK 802 last summer,” Tom recalls,”and we’re really pleased with what it achieved.

Tom Gould has had a business relationship with the C&O Tractors Wilton depot for close on 20 years, where the customer service and back-up provided he describes as “excellent.”

His principal contacts at the company’s nearest depot, at Wilton, are Paul Shutler, branch manager and sales, and Andy Birch in the service department, each of whom represents sound reasons for loyalty. “I could probably save a few pounds elsewhere,” Tom concedes, “but the consistent service I get from these guys is worth a great deal more than that.”

He is clearly being won over by the Massey Ferguson range. In addition to last year’s investments, he is looking to acquire a fully-equipped MF 6718 S Dyna-VT at the end of 2020, to replace an existing tractor, together with a new 8-rotor tedder.

“We’re moving steadily towards MF across the board,” he adds. Now does that, or does that not, sound like one happy Massey Ferguson customer?

Grassland machinery from @MF_EAME and @KvernelandGroup in stock and ready to go, give us a call for the best prices ☎️ #grassland #mowers #tedders #rakes