C&O Construction supply the safest dumpers in the UK 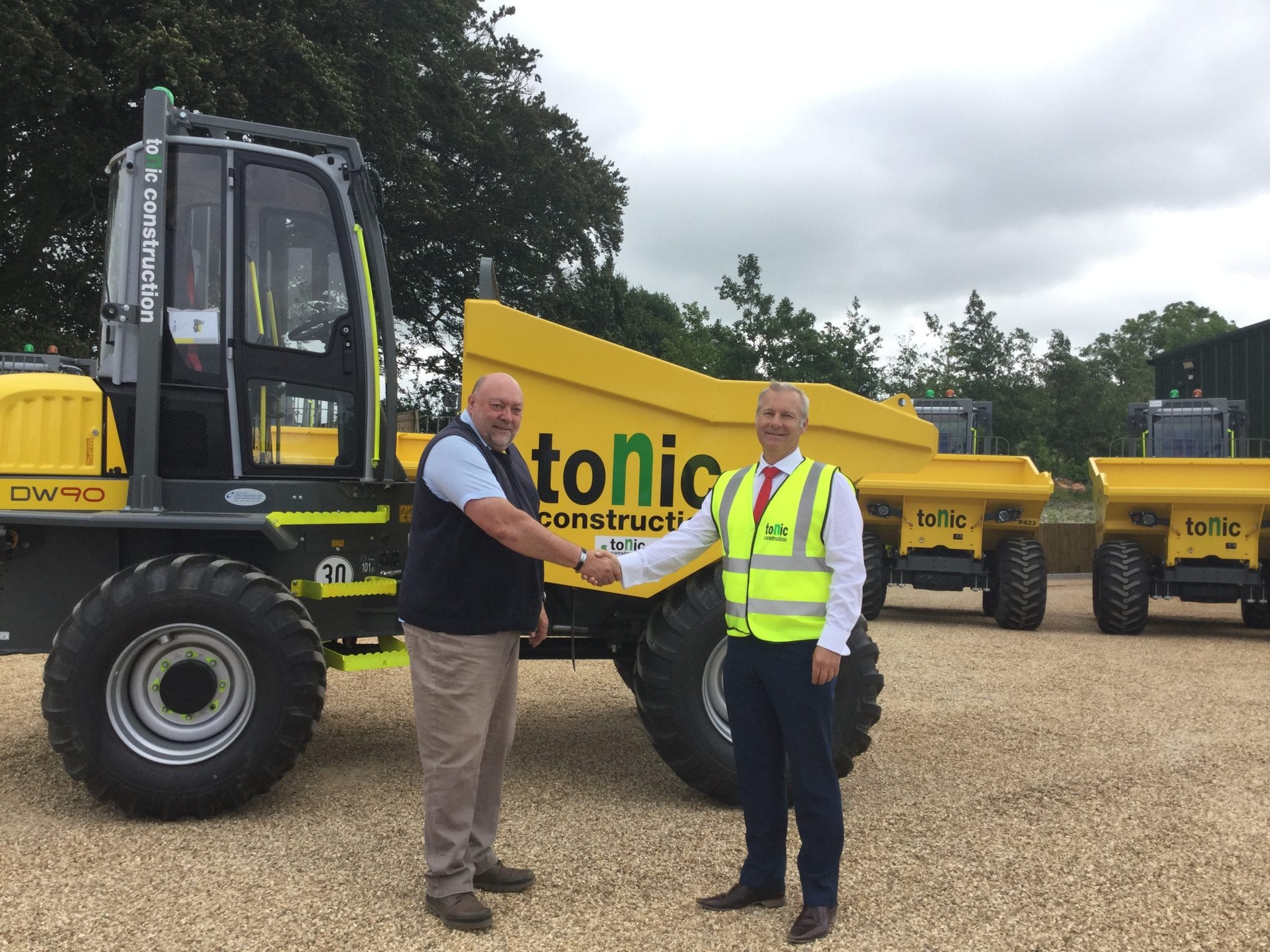 The delivery of the new machines is the culmination of 12 months intensive development. Following on from a site fatality in 2016 Tonic Construction MD Tony Iles was determined to change the industry standard to ensure greater safety for dumper operatives and deliver the safest dumpers in the UK.

The challenge for Wiltshire based Tonic Construction has been trying to prove to the industry and manufacturers that the conventional Forward Tipping Dumper (FTD) is barely fit for purpose in its current form. The concept of the FTD has not really changed for over 30 years apart from getting bigger, but not really improving in quality of build, the UK is the largest importer of FTD in the world, yet has one of the lowest specifications in the word for build specification.

“What we found in our investigations after a tragic fatality a year ago, was that the conventional FTD gave the operator no confidence what so ever in staying with the machine in an overturn situation, which concerned us greatly moving forward, we also found the visibility from conventional FTD were poor to say the least, with this in mind we decided as a company to go back to the beginning and try and find a solution for the FTD that was suitable for the 21st century.” Said Tony Iles, Managing Director, Tonic Construction.

“Although it has been exhausting and very frustrating trying to win over the industry for change, I have been fortunate enough to have met some like-minded individuals during this process that have a similar passion for change, and it has now gathered enough backing and momentum that I think it is now inevitable that FTD use in the UK will now change for the better and for good.

We have been demonstrating BMT (Bulk Material Transporter) to our clients, competitors and manufactures over the past few months and received very positive feedback and we hope to see the industry move now towards safety focussed forward tipping dumpers like the BMT. We hope the industry is serious enough about improving dumper safety and we see BMT’s appearing on sites across the country very soon.” added Tony.

“C&O Construction are proud to have had the opportunity to work with Tonic Construction and Wacker Neuson on this innovating project. Nothing is more important than ensuring the safety of the workforce and with the BMT we hope that a new standard has been set. We have already started to see industry interest with an order for 10 units from a Southampton based contractor.” said C&O Construction Sales Manager Allan Feltham.

The new models manufactured by Wacker Neuson are the first step in a new generation of forward tipping dumpers. The machines are being fitted up to the new safety standards by C&O Construction. The new dumper has an air conditioned cab with a secondary operator protection system so the operator can stay in the cab during loading, eliminating the potential for slips, trips and falls whilst mounting and dismounting a traditional dumper, it also means the operator is more focused and aware of their tasks and surroundings whilst staying placed in the cab. The BMT also boasts forward and reverse colour cameras on an 8 inch screen in the cab and a radar system, which now means there is zero blind spots around the BMT, in addition the cab has a high back seat with a four point harness type seat belt.

Keeping the driver safe within a cab also delivers massive productivity benefits, reducing an average fill time from 10 minutes to just 4 minutes – a production increase of 140%. The BMT has Trackunit card swipe system to ensure only users with activated cards can start the dumper, in addition the system also runs any activity report required, a geo fence system to notify site managers if the plant ventures into an area of restriction and isolators.

Think you could make the shot?

🌾All our depots are running full agricultural harvest support throughout the season. If you need backup contact your local C&O team on the main depot number to be transferred to the out of hours team.
☎Willand, Devon – 01884 400 100
Blandford, Dorset – 01258 451 221
Forest R…